Another week in the books and I’m starting to really get accustomed to the van life. Since last week’s breakdown, Tom (the van) is holding up great. We were lucky to spend the entire week in California and enjoy beautiful weather and gorgeous views. Now it’s time to make our way up toward Portland for the next event.

As we continue to book new venues, be sure to check out the Financial Freedom Book tour page for an event in your area.

After our second night in a row of cheating on Tom (the van), we finally got the call we were waiting for. The computer had been reset, the fuel pump relay had been fixed, and the van was ready to go! We picked up Tom around 11:30 AM and immediately headed north toward Santa Monica.

After battling through some traffic, we finally made it downtown and met up with Alan and Katie Donegan from PopUp Business School (who just so happened to be in the area). Then, we grabbed a quick bite to eat before walking to our event venue, Book Monster in Santa Monica. We ran a co-authored event with Melanie Lockert, author of Dear Debt, and had a great time chatting with the attendees (thank you, Johanna, for coordinating)! 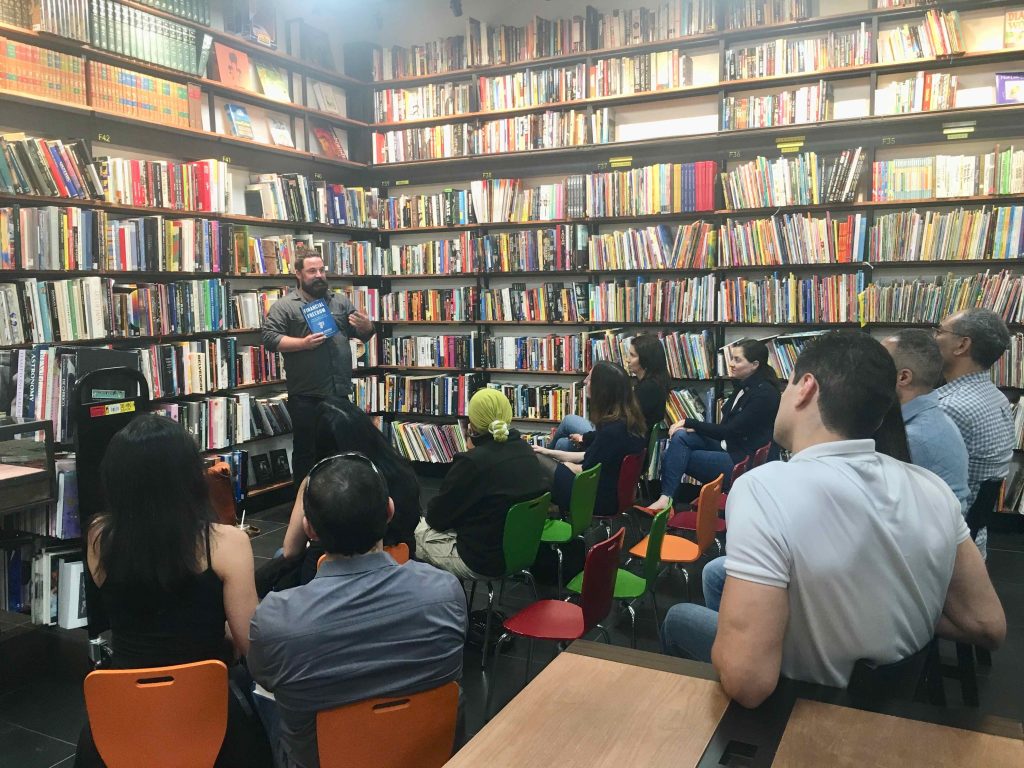 Unable to find a campground, we parked the van in a neighborhood lot and crashed there for the night.

We woke up around 7:00 and headed to Santa Monica Beach. The weather was perfect. I took a 3-mile jog down the boardwalk and checked out Venice Beach.
At 10:00, we drove into the city and grabbed brunch at Cafe Gratitude, an all natural vegan restaurant, with our friend Wade. Afterward, we took some quick showers and then moved north up the coast toward our next event. 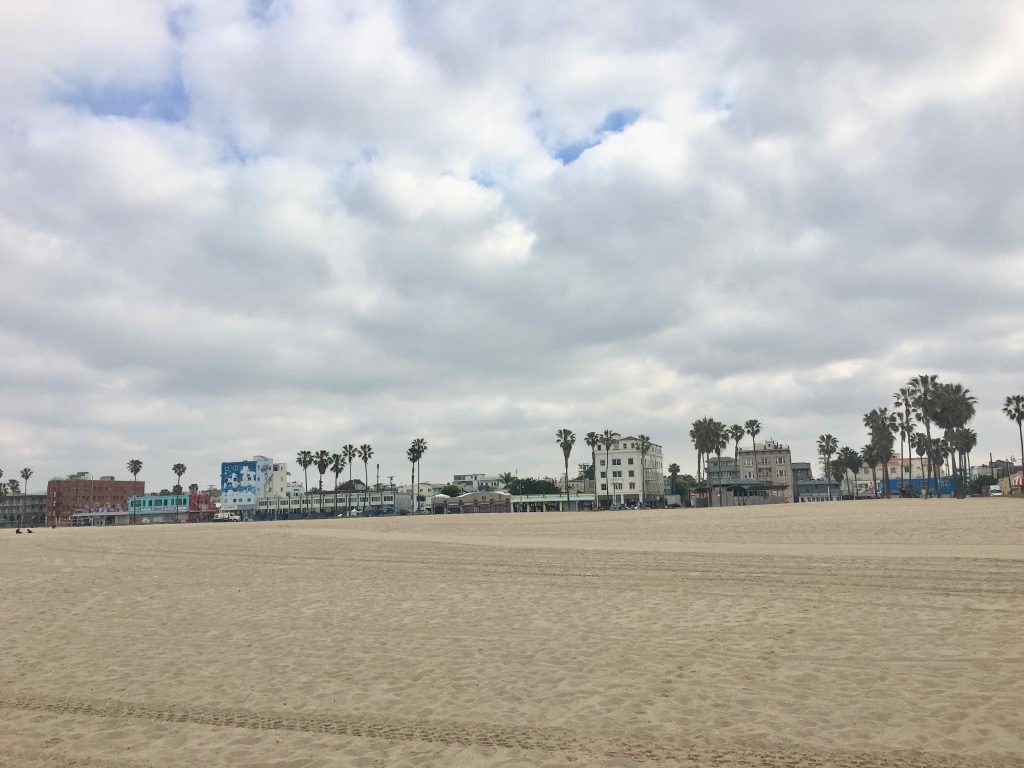 We devoured some fresh seafood at Neptune’s Net in Ventura and then checked into our beachside campground. The view was incredible! We relaxed and laid out on the sand for a couple of hours before firing up Tom and heading to California State University – Channel Islands. Grant gave a long presentation followed by a barrage of Q&A from curious students. Huge thanks to Mike Anderson for setting this up!
After the event, we made our way back to the campground, started a fire, and relaxed for the rest of the night.

We started the day early with a 15-minute radio interview on local station KVTA. Then, we headed back to Mike’s house for a bowl of his homemade super granola for breakfast (secret recipe).

With a few hours to kill before our next event, Grant and I caught up on emails and other online stuff. Then, around 11:30 we headed out to the Ventura Rotary Club. It was certainly an older demographic than we were used to but they seemed to really resonate with the Financial Freedom message. 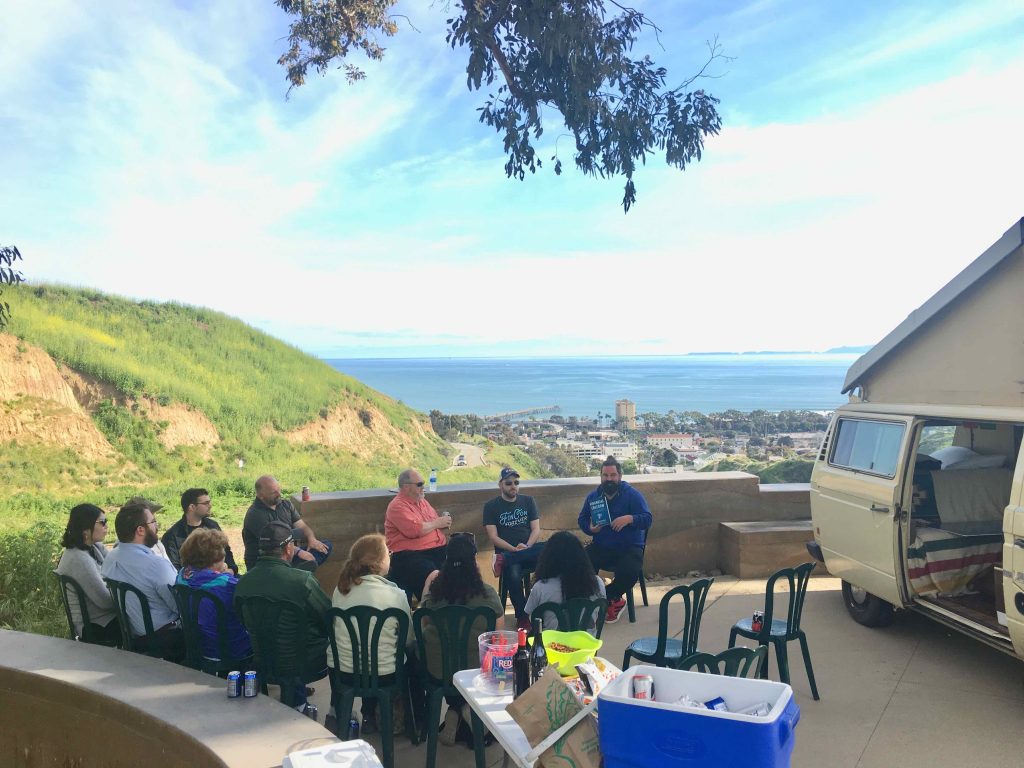 We spent the rest of the afternoon exploring Ventura with Mike before setting up our meetup event at the Ventura Botanical Gardens. The group did a short hike up the flower-filled hills until we arrived at our meetup location.
The event lasted for several hours but we stayed until sundown just enjoying the view. Afterward, we had a night out on the town and checked out some of the local bars before heading back to Mike’s house to crash.

Another day, another early morning. We woke up at 6:30 and headed out almost immediately to meet with a film crew for a documentary on Grant’s journey to financial freedom.
First, they got some “waking up” and morning routine shots at the beach followed by some awesome drone footage and finally a bunch of filming at a nearby campground. 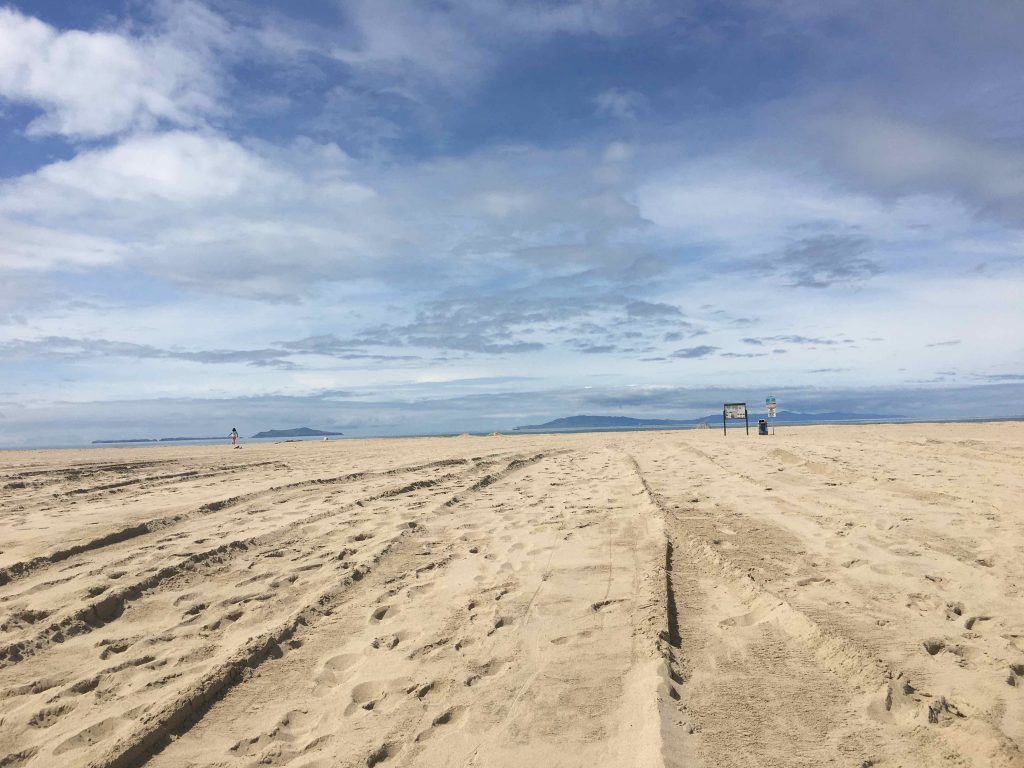 The entire process took over 13 hours… for a 60-second documentary! Definitely stay tuned for when we share that — it’s going to be dope.
After grabbing dinner at a local Thai restaurant, we found a beachside campground in Ventura and caught up on some much-needed sleep.

We woke up to the sound of ocean waves around 7:30 and started our day with a workout and shower at Planet Fitness. Then, we headed inland toward La Reina high school for our event.
Our presentation ended around 11:30 AM and we realized we had nearly 10 hours before we needed to arrive in San Francisco to pick up Grant’s wife from the airport. Since we had extra time, we decided to take Highway 1 (even though it added 3 hours to our trip). 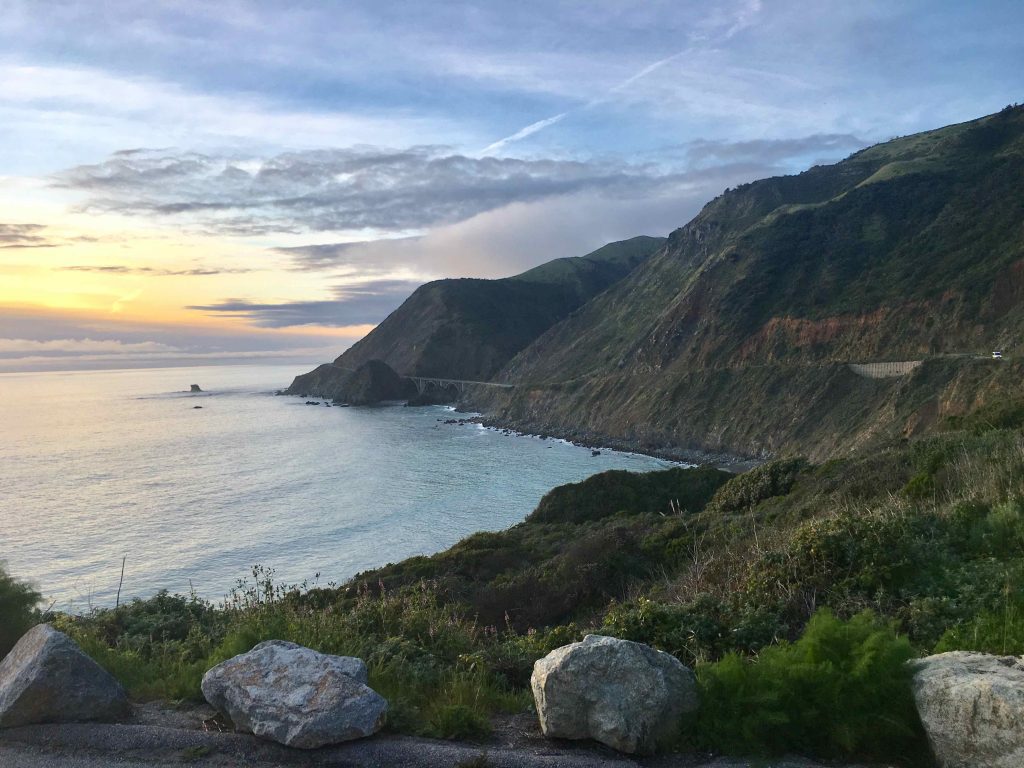 The decision was well worth it. Basically, Highway 1 traces the western coast and for hours we had beautiful views of the ocean and the mountains. We traversed up the coast through Big Sur and finally made it to San Francisco around 10 PM to pick Grant’s wife up.
They dropped me off at my hotel in Soma and I passed out seconds after hitting the pillow.

I started the day off right with a 1.5-mile walk to Planet Fitness. Not only did I get to cure my gympression, but I also had a chance to check out downtown San Francisco.
After my workout, I went back to the hotel to shower and get ready before Grant picked me up for our event around 11:30. We persevered through traffic for about 50 minutes but finally made it to Stanford’s campus around 12:20 PM. 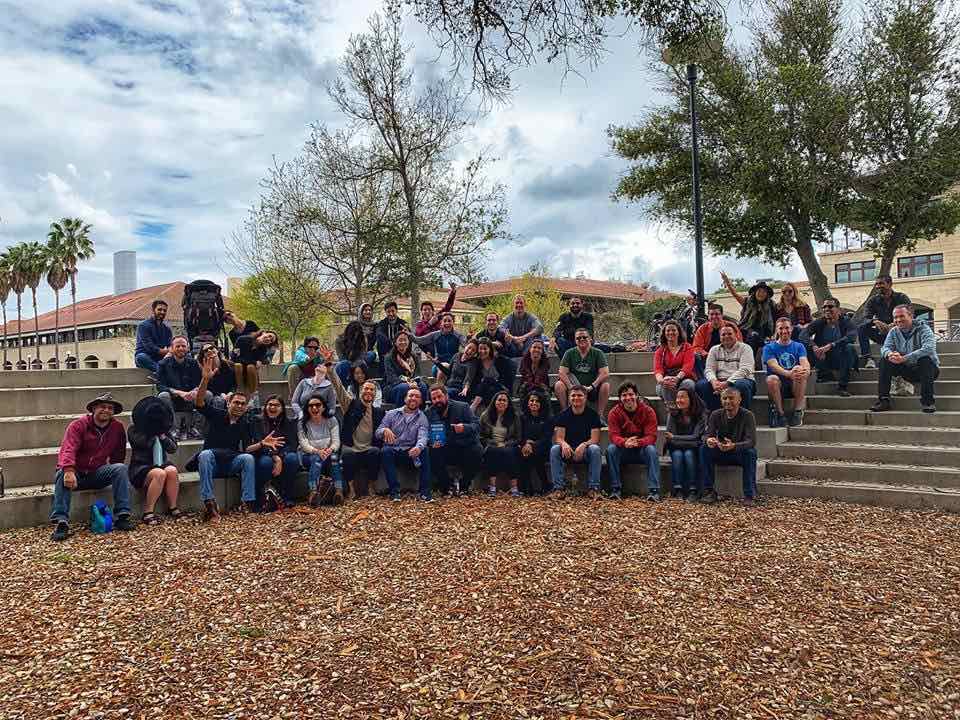 The campus was serene, the weather was beautiful, and about 50 people showed up to the event. Grant and I both gave presentations followed by a ton of Q&A. Huge thank you to Anna Rider and Justin David Carl for reaching out and setting it up.
After the three-hour event, since I was already in the area, I went to visit my friend James in San Mateo. We caught up, grabbed dinner and drinks at Flights, and then chilled and hung out for the rest of the night.

I woke up in San Mateo, CA around 8:00 AM at James’s house with a pretty open schedule for the day (which was nice for a change). I caught up on some podcast, website, and other entrepreneurial work for a couple of hours before Ubering down to Palo Alto to meet Noah and Becky from Money Metagame for lunch.

After enjoying our custom salads from Pluto’s, we walked around downtown Palo Alto for a bit. Everything looked fairly new and there was definitely a new age, hip vibe to the area. After our little exploration adventure, I took an Uber back toward my hotel in Soma and spent a couple of hours walking around before catching up on some more online work. 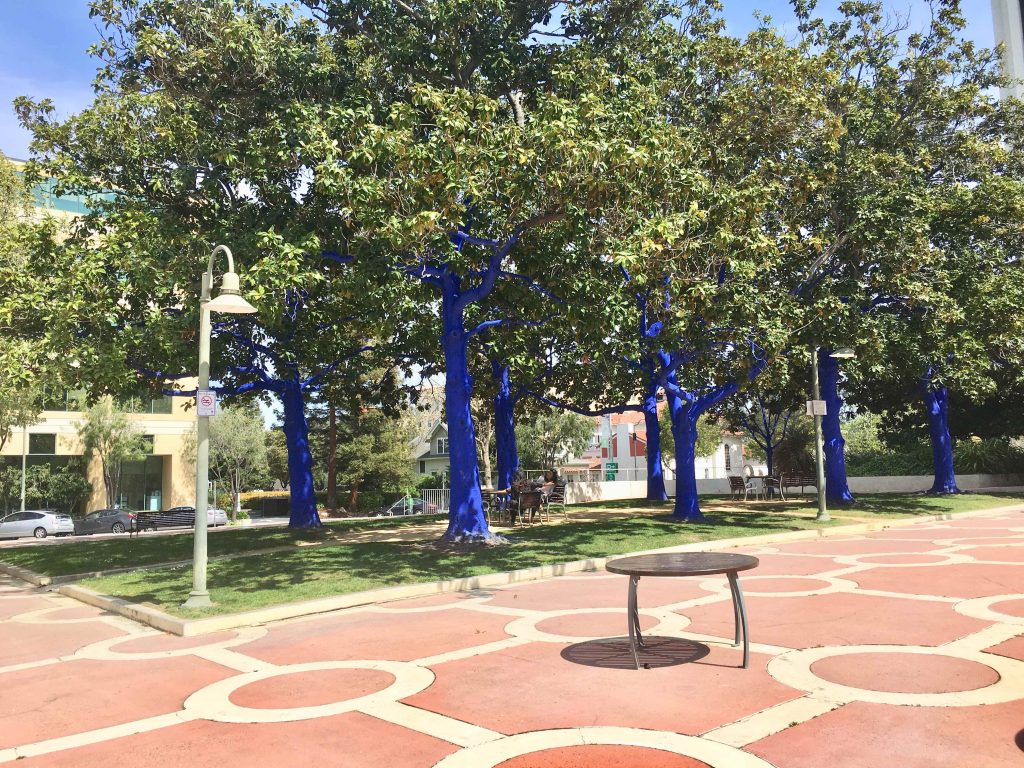 I grabbed a lamb salad for dinner at King Falafel and then hung out in my hotel room for the rest of the night to relax and get ahead on some work. It was nice to relax before we hit the road again the next morning.